The Mecer NMMU-Madibaz cricketers are aiming to turn a few near misses into a return to the winners’ podium at the Momentum national club championship in Pretoria from tomorrow.

The Eastern Province champions have a proud record in the tournament, which they won for the first time in 1992.

Since the merger in 2005, they have emerged victorious in the 2009 and 2011 editions, while finishing runners-up on two occasions. They will be attending the event for the eighth consecutive time.

There will be no easy route to Wednesday’s final, though, as they have been placed in what can be termed the “pool of death”.

Their section includes multiple former winners UJ and Tuks as well as a strong unit from Kempton Park Cricket Club.

KwaZulu-Natal’s Crusaders, who won last year’s tournament when they defeated Maties by one wicket on the Duckworth-Lewis method, will be back to defend their crown.

Madibaz captain Eddie Moore said they were not looking too far ahead and would strive to focus on their own performances during the tournament.

“We want to take it day by day and not focus too much on other teams and what they do.

“If we can consistently play our brand of cricket and treat each team with the respect they deserve, I’m sure we will get the results we want.”

The Madibaz have been dealt a blow with the unavailability of Warriors fast bowler Sisanda Magala, but Moore was not overly concerned about his absence.

“Besides Sisanda, we’re at full strength and all 13 players in the squad can win us games.”

Moore, himself, has experience at franchise level, while fast bowler Anrich Nortje proved his worth when he bowled the Warriors to a Sunfoil Series victory over the Knights last month.

The Madibaz have a new coach in Corbyn Dolley and Moore said their preparation had gone well.

“I’ve enjoyed our new coach’s energy and ideas, and the way he went about preparing us for the upcoming challenge.

“I think this is a great opportunity for all of us to showcase our skills and test ourselves against some of the best in the country.

“As students, we don’t often get to play against cricketers at this level and I’m sure we will all come back more experienced and better players.”

“As such it is one of the most important windows to showcase the talent coming through our pipeline structures.” 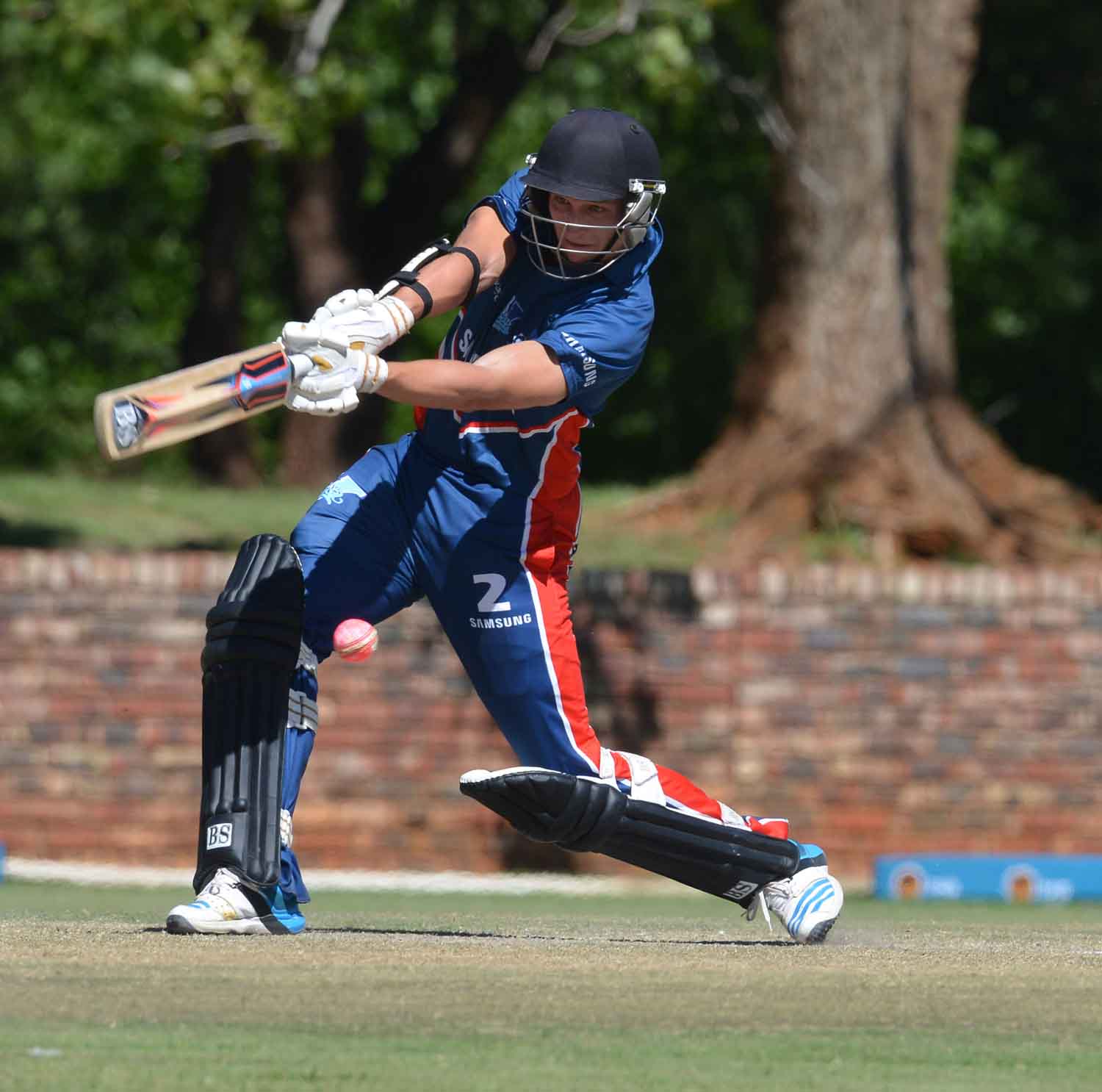 Madibaz captain Eddie Moore is hoping to lead his side to another title at the Momentum national club championships. Photo: Full Stop Communications