The five-day Bestmed Tour of Good Hope will up the ante once more when they present the richest time-trial in South African cycling for the second year running later this month.

ASG, who own the Cycling South Africa-sanctioned event, today announced an extension of their partnership with Paarl-based Buffet Olives, who will again float the prize-money for the time-trial stage.

The well-known Boland brand partnered with the tour for the first time last year, awarding a cash purse of R50 000 to the stage winners.

With the country’s premier road stage race again featuring a race against the clock, the relationship was extended and the prize-money increased to R55 000.

“Our farm is based in the Paarl region and it is a great opportunity to link our brand with the beautiful environment through which this event takes place,” said Richard Allen, CEO of Cape Olive Products.

“By sponsoring the time-trial again this year we hope to draw more attention to our brand and products.” Allen said olives were a healthy product that could add value to an athlete’s daily diet.

“It gives us the opportunity to highlight our brand during one day of the tour. With the growth of the event this year we expect even more media and spectator attention.”

According to event organiser Wynand de Villiers, the aim of the time-trial prize was to draw attention to an exciting but often-underrated discipline within the sport.

“The tour stretches over five days and more than 500km and can essentially be won or lost in just 27km of racing.”

He said former double winner of the tour, Nic Dougall, was a case in point. “He won the time-trial on both occasions to take the lead and was able to defend it all the way to the finish.”

Two-time defending women’s champion Ariane Kleinhans, who will be riding for Team Spur-Specialized this year, stated publicly last week that she believed the individual time-trial on day two could be the most decisive stage of the 2016 edition.

De Villiers said the prize-money would be split between the various categories of professional and amateur riders.

Allen said that apart from the cash sponsorship, riders and their families could look forward to several activations during the tour.

He said Buffet Olives were cultivated and processed on a 300-hectare farm in the foothills of the Drakenstein Mountain range.

“Granite-based soils in combination with a Mediterranean climate create the ideal conditions to grow our superior olives.

“But, at Buffet, quality is a philosophy that extends beyond the product to the people themselves.

“Employees own equity in the business and, as with the trees, are nurtured to grow with the company.”

The race, which is presented by Rudy Project, starts on February 29. 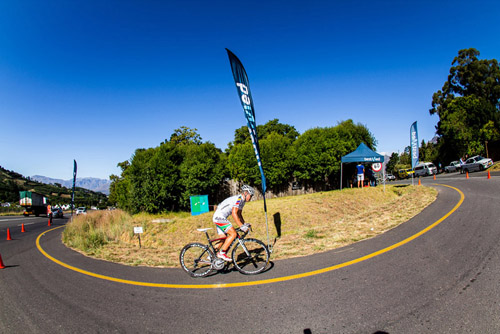 Buffet Olives will sponsor the richest time-trial in South African cycling for the second consecutive year after they extended their partnership with the Bestmed Tour of Good Hope. Photo: Capcha