Double defending champion Ariane Kleinhans believes this year’s Bestmed Tour of Good Hope can be won and lost in the individual time-trial on day two.

“The time-trial will definitely be decisive for the overall,” the 32-year-old Swiss rider predicted this week.

“I did quite well on that stage last year, but I think my teammate Annika (Langvad) will be super strong there.”

Kleinhans, who will be riding in the colours of Team Spur-Specialized, said the Dane was a specialist against the clock and placed sixth at the Worlds in 2013.

This year’s stage, which will be sponsored by Buffet Olives, starts at the La Paris Estate between Paarl and Franschhoek and covers a distance of 37km.

In the past, Kleinhans had set up her victories with solid performances in the mountains and – on paper – this year’s course should suit her again.

“The climbs are all relative to the competition,” she said in reference to the mountain-top finishes on stages three and five.

“It will be very hard for me to win one of those stages this year.”

Kleinhans said they still needed to clarify their objectives as a team for the 522km tour, but felt Langvad was in a better position to take out the general classification.

“We haven’t quite discussed it yet, but I believe that Annika will be the stronger rider and that I will support her to go for the GC win.

“Like I said, she’s an incredibly strong time-trialist but also climbs very well. We will have a very exciting tour this year in the women’s field, I’m sure.”

The four-time Cape Epic winner said that, should the opportunity arise, she would like to target a stage win.

Although she had not yet studied the starting list, she believed that former British road champion Sharon Laws and South African climber Lise Olivier would be among the main contenders for overall honours.

Olivier, who rides for Team Time Freight E, finished runner-up in 2014 and 2015 and almost stole the yellow jersey from Kleinhans when she won the final stage on top of Franschhoek Pass two years ago.

The champion said she was unsure of her form ahead of the Cycling South Africa-sanctioned event through the majestic Cape Winelands.

“I struggled mentally much more than previous years due to personal matters and it remains to be seen how much it affects my performance. I don’t dare analyse my shape and the numbers too much.”

She however pointed out that Tour of Good Hope, which is presented by Rudy Project, has played an important role in her Cape Epic successes.

“The last two years I came out of the race with fantastic shape. It seemed to be the perfect last training block before the Epic.

“The tour gives me the opportunity to work on a higher cadence, which is a weakness of mine. To accelerate using a higher cadence rather than torque saves my legs quite a bit.”

The race starts on February 29. 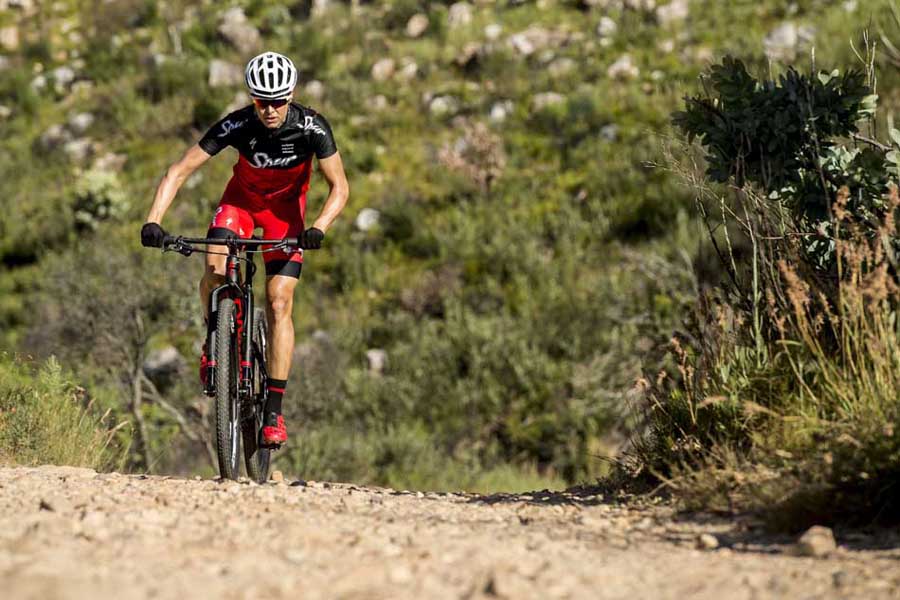 Ariane Kleinhans from Team Spur-Specialized training for the Bestmed Tour of Good Hope, which will be based in Paarl from February 29 to March 4. Photo: Craig Kolesky