Women’s cycling in South Africa received a much-needed boost today when Bestmed re-affirmed their investment at team level ahead of the five-day Tour of Good Hope.

The medical scheme confirmed that they would partner Team Bestmed-ASG for the next three years.

Team principal Owen Botha said he was extremely excited about the continuation of the sponsorship, which started in the 2013 season.

“Our aim has always been to develop the female youth. I feel there is a serious lack of support for younger female riders and I’m happy to have found a partner that shares our vision.”

Botha said Bestmed’s five pillars – Be Active, Be Safe, Be Nutri-Wise, Be Happy and Be Fin-Wise – were a perfect fit for female cycle sport.

“These values embody exactly what we stand for and the lifestyle we want to promote among cycling enthusiasts and the health-conscious public.”

Botha said the team have rode with distinction since their formation – collecting victories across various categories and disciplines – but that their focus was not solely on racing.

“The riders are brand ambassadors for our sponsors and winning is only a small part of their roles on the team.”

He said they had started the year on the front foot and that the riders were already feeding off each others’ successes.

“We are spread over five provinces and all our riders are regular visitors to the podium.”

However, said Botha, it was now all about looking ahead.

“We want to excel in mountain biking, road and track racing this season and are confident that we will get a number of medals at the various national championships.

“The riders are highly motivated.”

The team will target next week’s Tour of Good Hope, which is linked to their title sponsor.

“We have two objectives going into the tour,” said Botha. “Firstly, promoting the event and to be good brand ambassadors for Bestmed.

“Secondly, we are aiming to finish in the top five overall through our designated team leader Chanté van der Merwe.”

Two days later, the team will line up at the Cape Town Cycle Tour, where Botha hoped Maroesjka Matthee could reproduce the form that took her to a third-place finish last year.

The team will be backed by the following support sponsors: ASG Sport Solutions (Rudy Project, Pinarello and Ftech), Daly Jaguar and Biogen.

Meet the team at www.teambestmedasg.co.za. 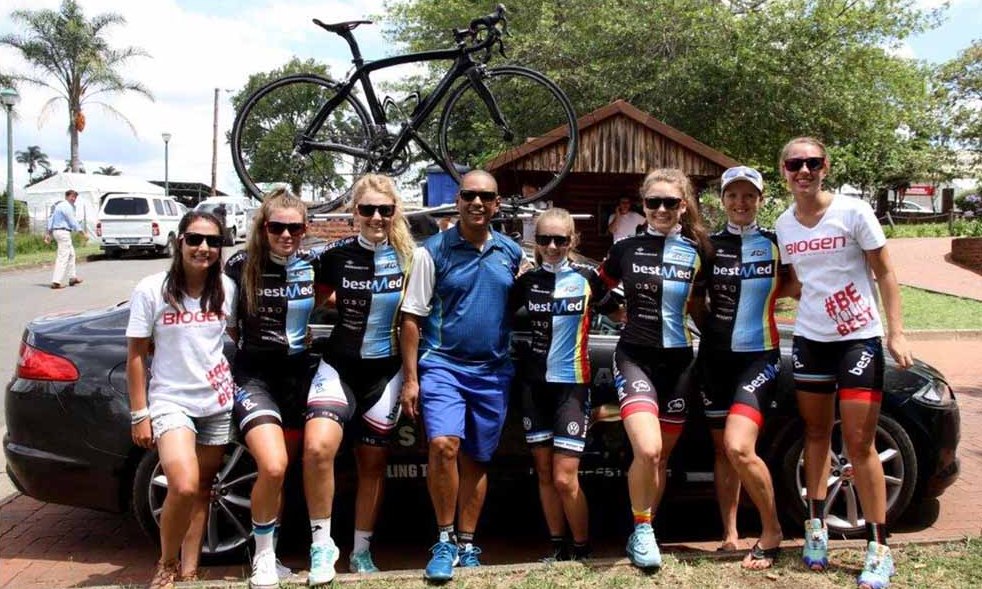