While top amateurs are generally excluded from the European stage races, organisers have made the tour through the Cape Winelands accessible to riders who would not otherwise have the opportunity.

The 2015 edition, which starts and finishes in Paarl, will see at least 40 foreigners signing on alongside the local contingent to complete four road stages and an individual time-trial between March 2 and 6.

“For years I have been looking for a stage race on the road. In Europe there are only races for professionals and elite riders, so this was my chance to do it.”

Queis, who hails from a town in the hilly southern region of the country near Maastricht, is no stranger to the SA racing circuit, having competed in a number of mountain bike stage races.

In 2011, he rode his first Cape Pioneer Trek and has done it every year since. The 70-year-old triathlete was also the oldest finisher in the Cape Epic two years ago.

This year, he will complete the Tankwa Trek in the build-up to the Tour de Boland.

“My wife and I were so impressed by the country, the people and the wildlife that we decided that the races were the best excuses to come back, and back, and back again!

“And in the meantime we have made a lot of friends in South Africa. We feel almost at home.”

Queis said he was looking forward to seeing more of the beautiful Western Cape region on his Pinarello Dogma F8.

“For me the most exciting part though is that it is a five-day road race. I hope to do a few more editions of this race because I am a roadie and not actually a mountain biker.”

Never one to resist a challenge, the former marathon runner took up competing in Ironman events around the world at the age of 50.

“I was no cyclist before I started triathlon. I was always riding but not really racing.”

Road riding proved to be another strong endurance sport for him and he went on to race 17 Ironman events, winning his age category in Australia, Germany and the Netherlands.

The 2015 Bestmed Tour de Boland route, which is presented by Pinarello, will feature a total distance of 465km and a total vertical ascent of 4 428m.

This year, a new amateur team competition has been added for open and seeded participants. Riders may organise themselves into six-man teams, with the daily times of the top three riders counting towards the overall amateur prizes. 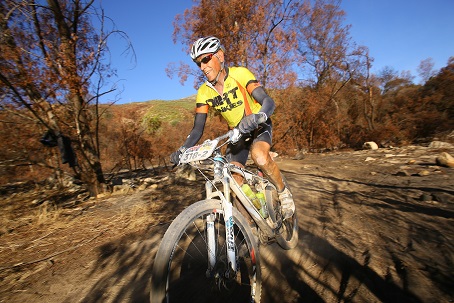