The SPAR NMMU Madibaz will take on defending champions Kovsies in a Varsity Netball crunch match in Bloemfontein on Monday night.

According to Madibaz coach Dumisani Chauke, her players have bounced back from two losses on the trot against Maties and Tuks and are ready to face their rivals from the University of the Free State.

“I think we’ve already faced our toughest competition in Tuks,” said Chauke. “But UFS are also right up there and they’d like to retain the cup in their trophy cabinet.”

While Kovsies were mentally and physically a strong team, she said they were not invincible.

“At this year’s national student champs in PE they only beat us by two goals, so we are looking forward to a great game of netball in Bloem.”

The match will be a critical one for the team from Port Elizabeth, if they are to make it through to the playoff rounds of the six-week tournament.

The Madibaz, who are currently sixth in the standings, will need to win all of their remaining matches to book a semi-final berth.

Chauke said her squad would stick to their game plan and play a patient game in getting the ball through to the shooting circle.

“We’ve been working on the attacking movements needed to get the ball through to our shooter.

“We also aim to be tight on defence and create as many turnovers as possible to give her a lot of opportunities to get points on the scoreboard.”

Proteas player Zanele Vimbela, who had been a doubtful starter following an injury last weekend, was back at full strength and would play a vital role at the back, she said.

Chauke said the mood in the Madibaz camp was generally positive and the players were looking forward to the challenge that lay before them. 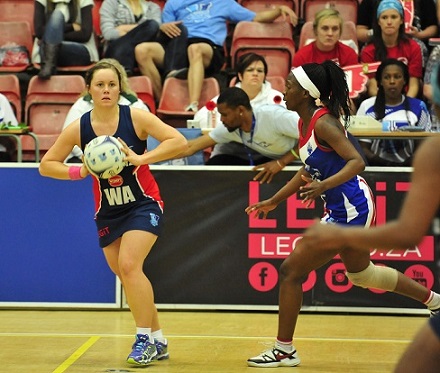