Cairncross, who has been a fixture in the NMMU first team for the past two years, said he was delighted to have been included in the national squad alongside Madibaz teammate Natius Malgraff.

“It’s been a lifelong goal of mine to play hockey at the highest level, so for me this is a really big deal.”

The Eastern Province player is no stranger to international competition, having been included in the SA student team for the World University Games in Kazan, Russia, in June last year.

Cairncross was also selected for the national team that took part in the Junior World Cup in New Delhi, India, in December.

Earlier this year, the second-year psychology student joined his future teammates for the national training camps ahead of the Sultan Azlan Shah Cup in Malaysia and the (senior) World Cup in the Netherlands.

“The training camps gave me a good idea of what is expected of me and the standard of hockey that I should be playing. It helped me realise my strengths and the areas I need to work on.”

Prior to the interprovincial tournament, Cairncross was once again approached by the national selectors.

“I was told that if I wanted to make it, I needed to work on a few things and I think my performance at IPT was proof that I had improved since the last camp.”

There he demonstrated his speed and acceleration, as well as his skills in the short corner attack.

“My personal highlight has to be the goal I scored against Western Province.”

Born and raised in Port Elizabeth, Cairncross said the sporting bug had bitten when he played his first mini hockey festival at age six.

Now 20 years old, his ambition is to become a permanent fixture in the SA team ahead of the 2016 and 2020 Olympic Games.

Although no matches had been confirmed as yet, Cairncross said another training camp was on the cards for December, followed by a possible three-match series against Canada. 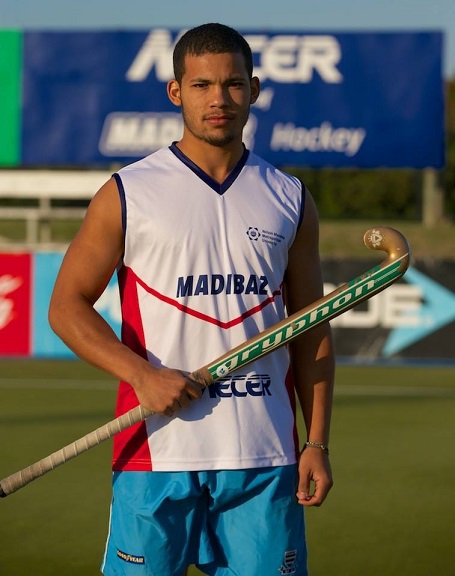 On behalf of:
Madibaz Sport