University of Johannesburg head coach Bradley Carnell was cautiously optimistic ahead of his team’s debut performance at the national Varsity Football tournament on Monday night.

Carnell said he was delighted that his institution was among the eight qualifying universities for the second edition of the nine-week competition.

UJ has jumped nine places to seventh on the University Sport South Africa (Ussa) rankings since the former Bafana Bafana defender took the helm in early 2013.

Carnell, who also made his name in the German Bundesliga, said if his team stuck to their strengths they had the ability to be competitive.

“At this point in time, our aim is to do the best we can. At the end of the campaign, we’ll reflect and see where the road is taking UJ Football.”

As the new kids on the block, UJ will take on the University of the Western Cape in their first game of the tournament.

Carnell said the onus was on his squad to give a good account of themselves in their first fixture and to build their reputation and be good representatives of UJ Football.

“We are relishing the fact that we’ve qualified in such a short space of time,” said Carnell.

“It has always been a long-term plan to build something sustainable in the next three to five years.”

As the proverbial new broom, Carnell has made sweeping changes in line with this vision.

“We only have about three players left from the squad I inherited. It’s been a huge clean-up, which was long overdue.”

One season on and his efforts appear to have paid off. UJ are the current Ussa Gauteng league champions and have gained promotion to the Castle League, where they finished in the top three in their debut season.

As a talent identification platform, he said, the televised Varsity Football format filled an important gap in the development of South African soccer.

“From what we saw last year, some PSL teams would love the attendance that was registered on a regular basis.

“It has been taken seriously by many in the professional industry and I’m sure it can only grow from now on. It allows us to unearth the talent that has fallen through the cracks and give them a chance to fast-track their careers.”

Carnell said UJ’s main focus remained the development of student athletes with academics in mind, which was also the emphasis behind Varsity Football.

“Only a handful of players might get noticed and we always need a qualification to fall back on – since working in the student space I have really noticed the importance of this.”

He believes the university is a “sleeping giant” in the soccer sphere.

“It has to be if you have an institution that boasts 50 000 students. Plus Gauteng is the hub of South African football.

“We are based in central Johannesburg and have a gem of a campus in Soweto. This is a huge catchment area for unearthing talent.

“I believe we are on the right track but Rome wasn’t built in a day, so it’s all about patience and timing.”

UJ will host the first of three home games on July 28 at the AW Muller Stadium on the Auckland Park Bunting Road Campus. 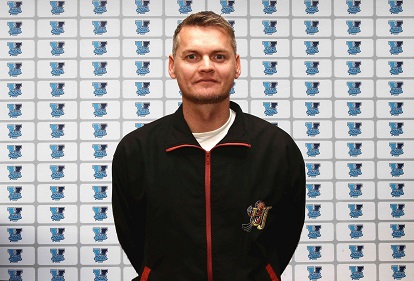