SPAR Madibaz goal keeper Zanele Vimbela will make her full international debut for the South African senior netball team at the Commonwealth Games in Glasgow, Scotland, at the end of August.

“I’m really looking forward to it,” said the Port Elizabeth-based defender. “It’s pretty overwhelming but you’ve just got to keep training hard for it and that’s what I’m doing at the moment.”

Vimbela first joined the SPAR Proteas for the Fast Five Netball World Series – an abbreviated version of the game – in New Zealand last year and was also part of the invitational team for the Diamond Challenge series against Malawi, Botswana and Zambia in Port Elizabeth.

As one of the most experienced players in the side, she will form the backbone of the Madibaz defence for the five-day University Sport South Africa tournament, which starts in Port Elizabeth on Monday.

The 25-year-old said there would be a lot of pressure on the hosts to perform well on their home courts. The Madibaz will face strong opposition from the five Super League sides in the top half of the A-section.

“It’s going to be tough competing against the likes of Kovsies, North-West University and Tuks, who are the defending champions, but we’ve got the potential to do it.”

Vimbela, who will complete her post-graduate studies in sociology this year, said her institution would be aiming for a top-four result, and possibly a medal, after finishing sixth in 2013.

“The team has been training hard every day. We’ve brought in a number of youngsters and more variety into our squad, which could work to our advantage.

“We have strong centre court players and I believe we also have some very strong defensive players. My role will be to mentor the junior members of the team.”

She said young shooter Kara Willemse and new addition Eileen van Zyl, who recently transferred from Tshwane University of Technology, would be players to watch.

“Besides them, we’ve got Nandipha Jack at centre and first-timers at Ussa like Natasja Fox and Danielle Hofsetter. It’s going to be a learning curve for them but they’re strong enough to contend.”

Vimbela said Nobu Phuza, who represented the SA U21 team in Glasgow last year would be invaluable on wing defence and goal defence.

New coach Dumisani Chauke, another former national player, will guide the Madibaz with assistance from Mdodana.

“We’ve yet to win this tournament, but we have a home crowd that brings a great vibe, which will motivate us even further.”

The Madibaz will have added incentive to perform, as the top eight teams will go through to the high-profile Varsity Netball competition that starts in September.

The Ussa games are open to the public, with the A-section teams battling it out on the South Campus indoor courts in Summerstrand, while the North Campus courts will be the venue for the pool B and C fixtures. 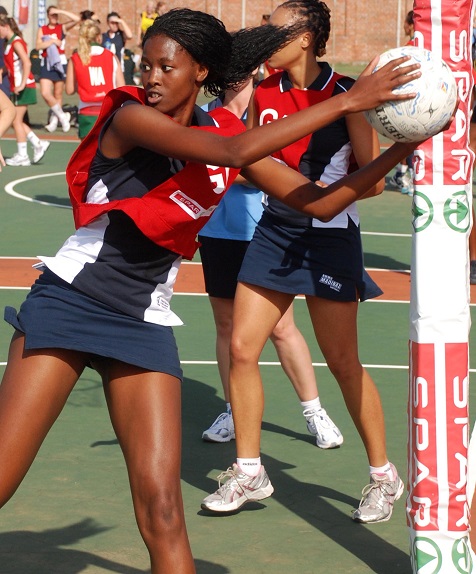 New SPAR Protea cap Zanele Vimbela will be one of the stars to watch when the SPAR Madibaz netball team hosts the University Sport South Africa tournament in Port Elizabeth from June 30 to July 4. Photo: Francois du Plessis