Solo riders will again be able to race alongside the usual two-man teams in this year’s RECM Knysna 200, which takes place from June 6 to 8 on some of the Garden Route’s most spectacular mountain bike trails.

Race director Patric Mosterd said entries for the exclusive event would be capped at 350 riders, with solo entries potentially making up nearly a quarter of the field.

“Our solo category has been a very successful addition to our team offering,” said Mosterd.

“Because of the hectic schedules we all live by, riders sometimes struggle to find suitable partners and time to train together.”

He said many came with friends but opted to compete solo, which allowed them to enjoy the event together but race separately according to their ability.

With stage distances ranging between 65 and 75km per day, Mosterd said it was a manageable event without the support of a riding partner.

“It’s one of the most scenic races around and quite technical but not dangerous. There are some lovely fast descents and reasonable fitness is essential.”

He said riders who spent between eight and 12 hours per week on their bikes would be able to enjoy the Garden Route and Knysna forest in all its splendour.

“This year, we’ve added a daily ‘enduro’ section, which are fun downhill sections that will be individually timed. These will offer less serious riders an opportunity to ‘compete’ with the pros.”

Mosterd said even teams would be timed as solo riders on these sections, with the usual time-gap penalties only applying 500m after the end of each section.

“Last year’s route was such a success that it remains largely unchanged. But we’re always looking for new ways to keep things exciting and keep the momentum going.”

In that vein, the race would also introduce the new Tread Buffalo Category this year, he said.

The category, which is aimed at riders who weigh more than 90kg, is being introduced at various stage races countrywide.

Mosterd said RECM and Cape Storm Clothing would jointly sponsor the overall prizes, which included professional-quality racing kit and iPads for the winners.

“They help us enormously behind the scenes. We reciprocate with free entries for their development teams and as much cash and used cycling kit donations from participants as we can muster.” 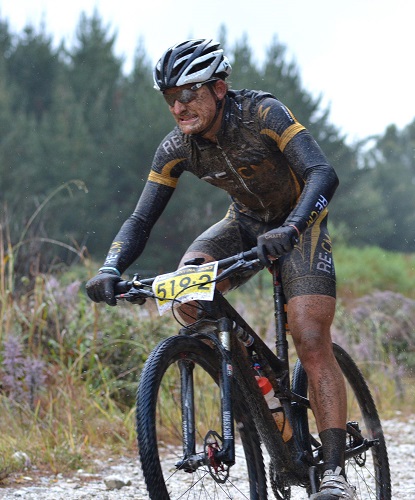