High-speed criterium circuit racing returns to Johannesburg this autumn with the seventh edition of the Emperors Palace Classic.

The annual cycling spectacular, which is presented by ASG, starts with the popular mountain bike component on Saturday, April 12, and continues with the road and criterium races the following day.

Traditionally held in jam-packed February, the bumper weekend was successfully moved to a less congested time slot last year, attracting more than 6 000 riders across all events.

“This event fills an important niche on the racing calendar and gives riders in all disciplines something to train for before the winter chill sets in.”

De Villiers said mountain bikers in the 20km and 40km races would once again experience a little jet propulsion, as the routes crossed the grounds of the OR Tambo International Airport.

“They ride parallel to, but at a safe distance from, the runways. The thrill of hearing those powerful aircraft engines is one of the major attractions of this event.”

On the road side, he said the 102km feature route would remain unchanged for the fifth consecutive year.

“We’ve had lots of positive feedback from riders, so we decided not to mess with a winning formula.”

Last year, David Maree claimed the victory for Team Abantu (formerly Tasol-GT) in a nail-biting three-man sprint to the line.

De Villiers described the route as “fast, flat and exciting but very manageable”.

With more than 100 metro police officers and 200 marshals on duty, he said it would also be one of the safest in the province.

For those not up to tackling the full distance, De Villiers said there would be a 50km short course option.

He said the feature races would be followed by the ever-popular Kids Classic for children between the ages of two and eight years.

The racing action culminates with the Circuit Spectacular – a 30-minute criterium that sees South Africa’s top roadies burning rubber as they do laps around the top level of the Emperors Palace parking lot.

“This is something that any real cycling enthusiast can’t afford to miss. It’s a rare opportunity to see a real European-style kermesse.”

With entertainment provided by the casino resort, De Villiers said the Emperors Palace Classic offered the ideal weekend break for the whole family.

Late entries will only be accepted at registration and not on race day. 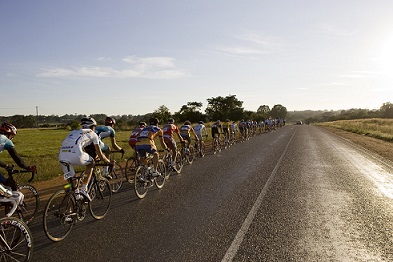 Entries are open for the Emperors Palace Classic, which takes place in Johannesburg on April 12 and 13. The annual cycling weekend attracts over 6 000 riders across the road and mountain bike events.