Two of Port Elizabeth’s most promising young professional cyclists will be in action on home soil at The Herald VW Cycle Tour this weekend.

Mountain biker Marco Joubert and road rider Kellan Gouveris will both be gunning for glory when their respective races roll out at Addo and Hobie Beach.

Gouveris, 19, will be part of Team Abantu’s seven-man line-up – that includes former winners James Perry and Nolan Hoffman – for the 106km Classic on the Sunday.

His squad will vie against the likes of Team Bonitas for the win in South Africa’s second oldest national classic.

Now based in Randburg, Gouveris said he was looking forward to competing on a familiar course.

“It’s always good to get a win or a team win in your hometown. So for me the victory would be much sweeter.”

He said his route knowledge would not necessarily give his outfit the advantage.

“None of the teams know each other’s level of strength at this point, so we’ll just have to wait and see.

“The main section we have to watch out for will be the Maitlands climb, which is where a break will normally try to go as it’s towards the end of the race.”

The following year, he signed with Tasol-GT as it was then known and made his professional debut on home turf at the PE cycle race.

Now a full-time pro, he has continued to produce some good results on the track, finishing first in the elite points race and third in the omnium event at the national championships last season.

For 16-year-old Joubert, the local cycling festival will be his next major goal race for Kargo Pro after competing in the African Continental Mountain Biking Championships this past weekend.

In January, the Linkside High learner officially signed on with the young team, which is headed up by Sean Peschl and star rider Rourke Croeser.

“It puts me on a different level. It’s a privilege to be part of the team and I’m looking forward to the future.”

Unfortunately, Cycling South Africa rules prevent the Grade 11 pupil from competing in the 80km Extreme but he will be eligible for the 60km Adventure on the Saturday.

“I’m definitely going for the win – my job is to perform and get the sponsors on the podium,” said Joubert.

“I’m just going to race flat-out from start to finish and see how it goes.”

The youngster is no stranger to riding in the Zuurberg Mountains, after finishing second in the youth category at the SA cross-country championships, which were held there in July last year.

The Herald VW Cycle Tour event organiser Linda Harwood reminded all pro teams that they must produce their professional racing licence at registration to be eligible for prize money.

She said Town Lodge would make a number of “splash and dash” rooms available for the pros to shower and change in before the official prize giving, which will be held on The Boardwalk Convention Centre’s exhibition level at 1pm on the Sunday. 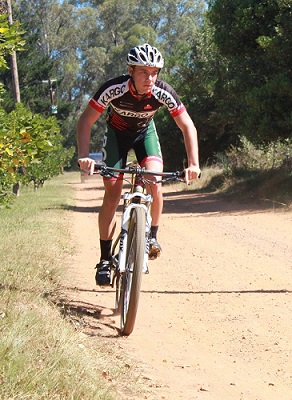 Port Elizabeth mountain biker Marco Joubert, who signed his first professional contract with the Kargo Pro team this year, will take part in The Herald VW Cycle Tour at Addo on February 1.