The FNB Madibaz clipped the wings of the SWD Eagles with a 25-15 win in a pre-season friendly rugby match at Outeniqua Park in George on Tuesday evening.

The Port Elizabeth-based team ran in five tries to the provincial side’s three in a fast-paced game that formed a key component of the squad’s Varsity Cup preparations.

New head coach David Maidza expressed his satisfaction with the result but said there were still a few tactical issues that needed to be addressed.

“Overall it was a good exercise for us and I think the boys did well. The most pleasing thing that came out of the match was the energy and togetherness that was shown on the field.”

After leading 10-5 at the break, the visitors took control of the game in the second half.

“The ball was being moved around quite a bit by both teams, there was good intensity and I thought we did pretty well when we had ball in hand,” said Maidza.

“But I think we still need a bit of work when it comes to our defensive play.”

The win is the second in as many weeks for the NMMU team, after trouncing local rugby club Spring Rose 68-0.

Although the victory had boosted confidence levels, Maidza said the main objective had been to give all members of the 30-man squad game time.

“As these are warm-up games we’re treating them as such, making sure that we’re getting our systems and structures right and that the players understand what we’re looking for from a coaching perspective.”

He said his men would now turn their attentions to the crucial home game against the Free State Cheetahs next Tuesday evening.

“Next week’s Super Rugby set-up is exactly what we need to test our players under intense pressure.”

Maidza said the Cheetahs were well known for their brand of rugby, which combined a running game with sheer physicality.

“Every warm-up game is critical because you have to look at every player in the squad and see if they will fit in come the competition.”

Of course, the better the quality of the opposition, the more the players and systems would be tried and tested, he said.

“It’ll be a good test for us to see if our players can handle that type of pressure because it will be more or less the same pressure we’ll face in the Varsity Cup.”

The match kicks off at 5pm on Tuesday at the NMMU Stadium. Entrance is free and spectators are advised to arrive earlier to secure a seat. 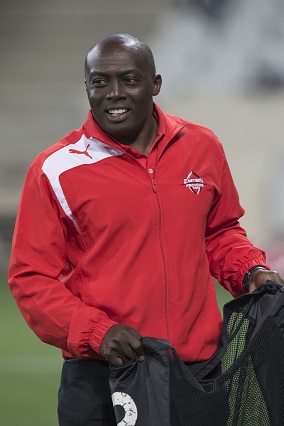 New FNB Madibaz head coach David Maidza was pleased with his team’s 25-15 victory over SWD Eagles in George on Tuesday.