Former winner and last year’s runner-up Neil MacDonald will once again have victory in his sights when he and FedGroup-Itec team-mate Brandon Stewart line up for the nine-day Old Mutual joBerg2c mountain bike race on Friday.

The former roadie is currently in good stage-racing form, both on and off-road, following strong performances at the recent Mzansi Tour and Absa Cape Epic.

MacDonald finished seventh overall in the five-day road tour and took third place with Stewart in the African jersey competition at the latter event.

“As with all forms of stage racing, it’s about getting the miles into your legs and increasing your endurance,” he said.

“You have to get your condition from racing rather than training. That’s where you can really push your body past the point you’re used to and it gives you the edge.”

With just four days for recovery between the Mzansi Tour and the start of South Africa’s longest paired stage race, MacDonald said the road race had been excellent final preparation and that he was in good condition.

“It’s not as taxing on your body when you’re riding on the road and there are sections where you do get to recover if you’re in the bunch.

“When you’re spinning your legs like that you also get good speed in them, so I think the road and mountain bike stage races complement each other.”

The 36-year-old said the 910km Old Mutual joBerg2c, which he won with Waylon Woolcock as Team RE-CM two years ago, occupied a special place on his personal racing calendar.

“It was my first race with Waylon and we achieved some excellent results there.”

The duo won six of the nine stages en route to overall victory and followed it up with two stage wins and second place last year.

MacDonald said he and Stewart had ridden well together this year and that his new partner had made his intentions quite clear.

“Our main goal is to win the overall as that’s where the glory lies. But it’s always good to win stages because it gets your morale up – it’s a long nine days of racing.

“We both know the route really well, so we’ll definitely be the team to watch out for.”

They will face stiff competition from the likes of Woolcock, who has paired up with 2012 MTN marathon series winner Lourens Luus.

“Waylon’s also just done Mzansi Tour and he’s just getting better and better. Lourens has been getting some exceptional results over the year but he’s still quite young, so I’m not sure how he’ll handle a multistage race.”

Also among the main contenders will be Cannondale-Blend’s Charles Keey and Darren Lill, who managed a top-10 finish at the Epic, and the Contego pairing of Kevin van Hoovels and Louis Bresler-Knipe.

MacDonald said the original plan had been for him to pair up with defending champion Kevin Evans to make a formidable team of former winners.

However, Evans will now compete in the solo category following his recovery from abdominal surgery.

MacDonald, who is based in Roodepoort on Gauteng’s West Rand, said he was looking forward to the start of the race in nearby Heidelberg.

“You’ve got to have your wits about you for the full nine days. Only once you’ve done it, will you know how tough it is – it’s not an easy race to win.” 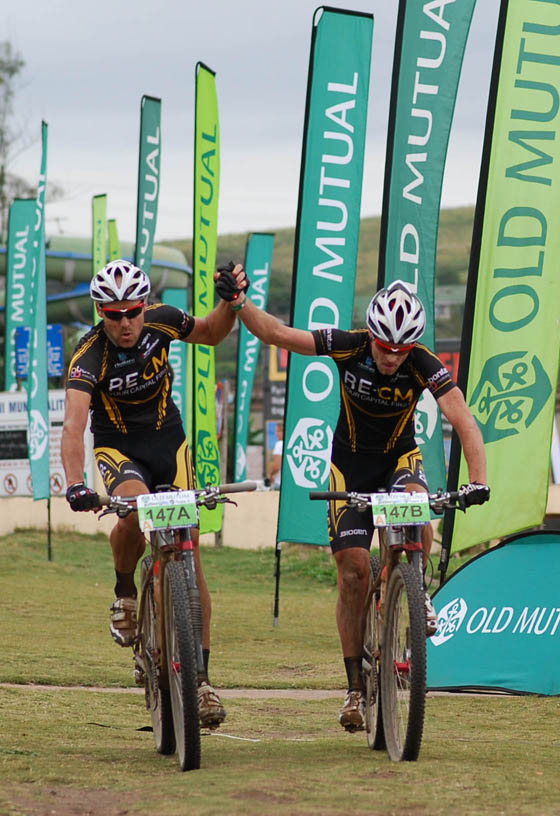