As the marketing director of the polo, wine and lifestyle estate in the heart of the Paarl-Franschhoek valley just outside Cape Town, Neethling said sport played an important role in promoting its offering and he was keen to get his hands dirty alongside the other competitors.

“Val de Vie is surrounded by beautiful mountains and we have been exploring opportunities to do such an event for a couple of years now.”

According to him, one of their key objectives was to ensure that the event was open to all. “With this race we aim to attract everybody from experts to novices, residents and young families ready for a great day out in the winelands.”

Val de Vie is the second in a series of four Kia-sponsored races that marks the car manufacturer’s first foray into the sport.

David Sieff, marketing manager at Kia Motors South Africa, said the motoring brand was essentially young-at-heart and that the sport of cycling spoke to this key element. “That, coupled with a fantastic venue, will ensure everyone has a memorable weekend experience.”

Race director Darren Herbst said the organisers had been working steadily on the project since they were first approached four months ago. “The area is so beautiful and expanding into mountain biking is obviously a natural fit.”

He believed the sport was a fantastic vehicle for showcasing the more accessible side of the exclusive estate. “Val de Vie has this prestigious aura about it; it’s an awesome aspirational brand but actually very inviting.”

Herbst said mountain biking in South Africa was at a crossroads, with people becoming more selective of the events in which they participated.

“The trails we’ve got there are unbelievable. But that doesn’t help if the organisation and activities surrounding the race itself isn’t something special.”

He said the Val de Vie Polo club would host the start-finish area.

“It’s going to be very festive. We will have picnic areas in the middle of the field with the riders doing a loop around the spectators and their supporters.”

Herbst said riders could opt for either the 60km feature race or the 30km ride, depending on fitness level and technical ability. There will also be a 3km event for children.

“The spread of distances allows the Kia Val de Vie race to be accessible to more people – from elites to little ones getting their wheels dirty for the first time.”

Herbst said the course covered the estate and at least six neighbouring farms. Riders can look forward to taking on a section used in both the Absa Cape Epic and Columbia Grape Escape.

To enter, visit www.cyclelab.com. Late entries will be accepted at the start. 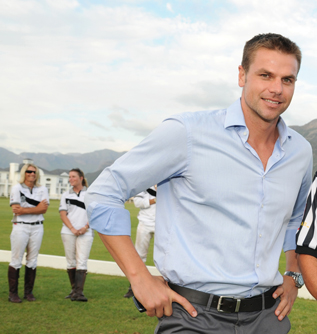