Former Springbok, Cheetahs and Sharks prop Ollie le Roux will find himself on a sticky wicket when he faces some of South Africa’s top sportsmen at the Celebrity Cricket Sixes tournament in Bloemfontein on Sunday, November 6.

Despite being on unfamiliar turf, Le Roux is looking forward to his role in the six-part nationwide tournament, which features sporting stars like ex-Protea cricketers Dave Callaghan and Makhaya Ntini and Olympic pole-vaulter Okkert Brits.

“It’s quite a frightening prospect, but I’d expect them to feel the same way if I played rugby against them,” said Le Roux, who, at age 21, became the youngest prop to represent the country.

“Hopefully I’ll be able to handle it. I’m looking forward to testing myself against superstars like them.”

Le Roux, who went on to play 54 tests for the Springboks, is one of the celebrities from a variety of sporting codes and other fields who have donated their time to the event, which raises funds for the Cancer Association of South Africa and also supports the JAG Foundation.

“It’s amazing when people ask you to participate in something that’s such great fun. If you can help others at the same time, it’s a real blessing.

The burly former forward said he had been a keen cricketer during his school days and he backed himself with both bat and ball in the six-a-side round-robin tournament at Old Grey Sports Club. Each match consists of 12 overs and spectators will be treated to 10 games.

Since retiring from rugby, the Free Stater has been keeping fit by playing squash and he has also completed the Half Ironman.

“I have to, otherwise I’ll explode,” laughed Le Roux, who now farms with chickens, pigs, cattle and sheep. With tongue firmly in cheek, he denied practising ahead of the event.

“No, no, I rate myself as a natural sportsman and my eye’s quite quick. I’ve also been watching Kallis and Amla a lot and since I’m a good copier, I’ll be fine.”

Organiser Laurence Finn said thirsty players and spectators would be able to enjoy refreshments in the beer garden. He said there would also be a variety of food and retail stalls and children’s entertainment on offer.

Gates open at 8am with the first ball being bowled at 9am. Entrance costs R20 for adults and R10 for children.

Bookings can also be made for the charity dinner on Saturday (November 5) evening where celebrity guest speakers will share their funniest stories themed “What goes on tour stays on tour, or does it?”.

The Celebrity Cricket Sixes kicked off in Port Elizabeth last month and will continue on to Durban (November 19), Cape Town (November 26), Pretoria (February 11) and Randburg (date to be confirmed). 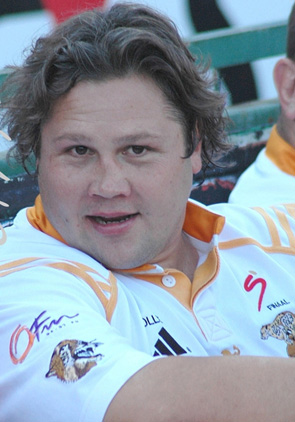