Cycling South Africa’s (CSA) new road racing regulations will be implemented for the first time in the Eastern Cape at The Herald VW Cycle Tour national classic in Port Elizabeth on Sunday.

According to Hendrik Lemmer, director of the CSA road commission, the new rules were an attempt to move away from age and gender-based categories to a strength versus strength system. “The top countries have a strength-based system, which works well.”

The national body’s overview document states that the new categories will lessen the jump from local to international racing and therefore make South African cycling more competitive in the long run.

The emphasis will be on the development of competitive team structures in the junior, U/23 and elite categories, said Lemmer. “We need to get our local riders, especially the youngsters and women, to race as teams and not as individuals.

“In category one, all the top elite, U/23, junior and veteran teams will be racing against each other, while category two will pit individual cyclists and informal teams against the top women’s teams.”

Lemmer said categories three and four would field the spillover of fully licensed and seeded cyclists from the first two divisions.

He highlighted the fact that the categories would see elite women competing against male riders for the first time.

“If you’re assigned to a particular category, it means you are as good as your opposition. The same applies to the junior teams racing against the elites.”

He said however that, for the time being, men and women would not be competing for one prize purse.

Many female riders supported the move, said Lemmer, as they recognised its potential to raise the standard of women’s cycling.

The new categories were put to the test for the first time in this past weekend’s 106km Pick n Pay Fast One in Johannesburg.

“Racing with the men virtually cancelled out any team tactics among the women and it mostly became a test of strength,” said women’s race winner Marissa van der Merwe of newly-established Team USN. “It’s certainly going to make our women faster in the long run.”

Lemmer said the changes had drawn a mixed reaction from the cycling fraternity. “Most of the negative reaction was because people didn’t understand the new rules or why we’ve done this.”

The country’s top professional teams are in the Friendly City to participate in a festival of cycling that includes the SA Road Cycling Championships (Wednesday to Saturday) and The Herald Cycle Tour (Saturday and Sunday).

For more information, visit www.heraldcycletour.co.za or join the Facebook page for regular updates. 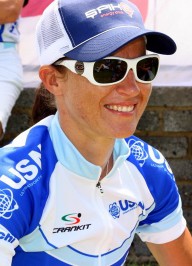