The legislative legacy of the 2010 Fifa World Cup will ensure that major events like The Herald VW Cycle Tour – an annual highlight on the Eastern Cape’s sporting calendar – are a safer experience for participants and spectators alike.

Promulgated in August last year, the Safety at Sports and Recreational Events Act 2 of 2010 is government’s attempt to ensure the physical well-being of people at large events.

The Act aims to prevent tragedies like the 2001 Ellis Park Stadium disaster when 43 soccer spectators died during a stampede.

“It’s a very positive step,” said Dave Gardner, whose ambulance service Gardmed will be supplying paramedical support for the 26th annual edition of the cycle tour in Port Elizabeth on February 5 and 6.

“Too many people have marginalised the importance of medical assistance at events,” said Gardner.

“Especially at sporting events, people assume that participants are strong and fit,” he said, “but even seemingly healthy 25-year-olds can suddenly require emergency medical care.”

The Act broadly defines events as activities that take place at stadiums and other venues or along a route and classifies them as low, medium or high risk. Organisers must adhere to the safety requirements for each risk profile and have comprehensive contingency plans in place.

According to Gardner, it is not just the organisers but also the sponsors, venue owners and operators who may be held liable for injuries should the event fall foul of the law. In terms of the Act, they could face stiff penalties ranging from fines to imprisonment.

“It’s a pleasure to work with events like The Herald,” said Gardner. “The organisers realise their responsibility to the competitors.”

Long-time cycle tour sponsors Life St George’s Hospital and Gardmed will once again be jointly responsible for the emergency medical care at both the mountain bike challenge in Addo on the Saturday and the road race, which starts and finishes at Hobie Beach in PE on the Sunday.

“An event like The Herald requires at least one advanced life support paramedic on site,” said Gardner.

Life St George’s Hospital’s trauma manager Gill Jones said two of its trauma-trained nurses would man the medical tent at the finish line of each race and be prepared for any eventuality.

“We always work hand in hand with Gardmed, so the paramedics will pick up people on the route and bring them to the tent if need be.”

Jones said that, to date, there had been no dramatic incidents or deaths at the event and that “road rash” or abrasions and dislocated shoulders were by far the most common injuries. She added that because cyclists ride in groups, one falling could lead to many going down.

For the 105-kilometre road race, which takes place the day after the conclusion of the South African Road Cycling Championships in the Friendly City, Gardner said a response vehicle with a paramedic on board would follow the elite cyclists. “If anything happens, they can start work immediately.”

In addition, Gardner said there would be three or four ambulances on the route and the nearest available vehicle would be dispatched to an emergency scene via the joint operations centre.

Once the paramedics had stabilised the patient on site, another vehicle would transport the injured person to Life St George’s Hospital if necessary.

The rough terrain of the mountain bike events – which runs through the Zuurberg Mountains and Addo Elephant National Park – challenges the participants as well as the medical support team, who will be on the route in 4x4s and on quad bikes.

“We will be working in association with the Mountain Rescue Club,” said Gardner. “Sanparks officials will be riding along in the 4x4s and ambulances to relay messages via two-way radio because there’s no cellphone reception in some places.”

Referring to the implications of the new Act, Gardner said the downside was that it was impractical in terms of the existing capacity of the city’s various ambulance services.

He said he did not believe they would have enough manpower to cover all events on a busy weekend as well as their usual work.

“By law, when we commit a certain number of vehicles and personnel to an event like The Herald, they are dedicated solely to that event and are not allowed to float between. So careful planning is necessary when allocating vehicles.”

For more information or to enter, visit www.heraldcycletour.co.za. 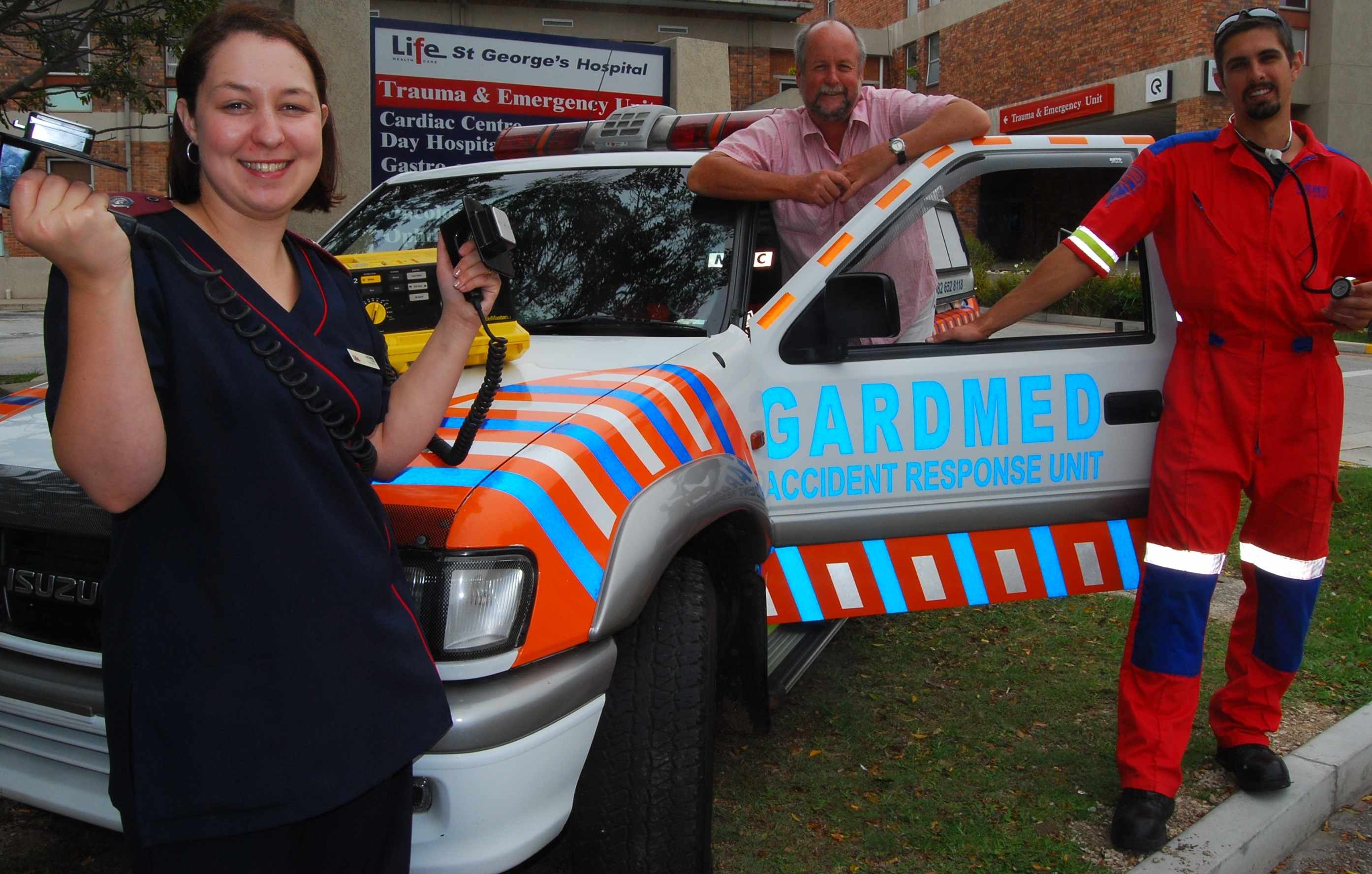