South African R&B star Loyiso Bala will perform the new single from his upcoming album to an Eastern Cape audience for the first time when he takes to the stage at the Fifa Fan Fest™ in Port Elizabeth on Wednesday.

The multiple Sama Award winner, supported by his full backing band, is set to electrify the crowd in the build-up to the World Cup semi-final clash between Spain and Germany.

“Fans can look forward to a show packed with their favourite hits from my previous albums and my new single ‘Wrong For You’,” says Loyiso, who will be on-stage at 7pm.

The Uitenhage-born artist says he was hoping to watch the third and fourth place play-off in PE, but he will be performing in Johannesburg.

“So I’m very excited about having been invited to sing at the Fan Fest in PE. It’s going to be amazing watching the semi-final in my hometown.” 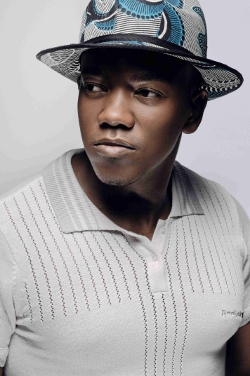 The singing sensation also performed at the Fifa Kick-Off Celebration Concert on June 10.

“That performance is one of the most memorable in my career. To sing in front of 80 000 people at the start of the world’s biggest sporting event was an honour.

“The crowd responded to every single song. I really felt proud to be a South African and was blown away by that energy.”

His equally famous older brother, Zwai, was the first black student accepted into the Drakensberg Boys’ Choir. Loyiso followed him into the school and finished top of his class.

He went on to study music at the University of South Africa and, at just 19, became the youngest conductor of the National Youth Choir in 2000.

Working with Zwai and his kwaito super group TKZee confirmed his passion for the music industry.

Loyiso released hit singles like “Musukukhala” and “Silky Soft Skin” before recording the album Wine, Women and Song in 2003. His cover of George Benson’s “Gimme the Night” was an instant hit.

Two years later, he released Amplified, with Blow Your Mind following in 2008.

“I had originally planned on releasing my new album at the end of the month, but I’m finding it hard to put the finishing touches on it due to my World Cup commitments.”

Fans can look forward to a mixture of local and internationally produced tracks that, Loyiso believes, reflect his growth as a musician. “I hope it will be something people can relate to on multiple levels.”

Relating to the complex South African music market is something he is very good at. The Bala Brothers, a group he formed with siblings Zwai and Phelo, have released two very diverse albums.

Loyiso has also been busy scouting new musical talent as a guest judge on this season’s Idols.

CAPTION: The public can catch the county’s smoothest R&B star, Loyiso, at the Fifa Fan Fest™ in Port Elizabeth on Wednesday.