Pop star Danny K will be firing up fans at the Fifa Fan Fest™ in Port Elizabeth ahead of the first semi-final.

While he was not part of the line-up for the Fifa Kick-Off Concert, Danny K has certainly been at the heart of the Soccer World Cup in South Africa.

Last month he was invited to perform at the prestigious Captain’s Dinner hosted by Bafana Bafana captain Aaron Mokoena. The dinner, for high-profile local and international guests, raised funds for Mokoena’s charitable foundation and celebrated the national team.

Danny was also part of the Bafana Bafana bus parade through the streets of Sandton two days later. 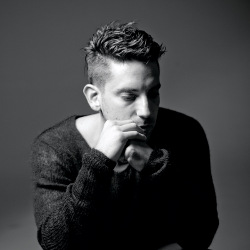 “It’s been amazing. The bus ride was definitely one of the highlights of my life,” he enthuses.

“I’ve never seen anything like it on the streets of Johannesburg. There were about 300 000 people just going crazy.”

Danny tells how he sat and chatted with the Bafana players before their opening match against Mexico and then watched the game from the stands.

It is his accessible nature, cross-over musical appeal and extensive charity work that saw him voted as one of South Africa’s “young role models” in a national survey by FNB.

Danny K was also the first South African artist to sing on the Oprah show and has performed before global audiences during Al Gore’s Live Earth World Concert, the Nelson Mandela 46664 Concert, MTV Staying Alive Concert and the opening ceremony of the Cricket World Cup in Cape Town.

Danny is now touring the Fan Fest™ circuit. “It’s a great time for all local musicians, not just me, involved in the celebrations,” he reflects.

And he is looking forward to performing for his fans in PE. “Some of my best shows have been there.

“I always have a wonderful time. We’ve put a lot of effort into the show; a big band and so on.”

Fans can expect to hear a good mix of previous hits like “Hurt So Bad” and tracks from his new album Across the Line.

His fifth studio album has more of an electro-rock edge than his earlier pop and R&B sound. The first single “I Get Up Again” has received extensive airplay on national radio.

“It’s obviously always important for a musician to play some new stuff. I’ll be performing a tribute to Shout which people can look forward to.”

The Shout Foundation is an anti-crime initiative started by Danny K and kwaito star Kabelo after the murder of reggae artist Lucky Dube.

Enlisting the help of more than 50 musicians and celebrities, they re-recorded Tears for Fears’ 1980s hit “Shout” as a charity single.

“It’s completely shattered my expectations,” remarks Danny. It quickly broke South African records for the most downloaded song and the foundation’s Facebook page is one of the fastest growing groups in the country.

The successful hosting of the World Cup has created a positive “can do” spirit in the country and the Shout Foundation taps into this mindset.

“But,” says Danny, “this is more than a 2010 initiative. The World Cup will come and go, but we will still have our own challenges to work on.”