After two wins and two losses on the opening weekend, University of Johannesburg men’s coach Garreth Ewing says they have to hit the ground running when the Varsity Hockey tournament resumes on Friday.

The final three rounds of the league phase take place at University of Pretoria from Friday to Sunday, with the play-offs starting on Monday.

UJ, who had wins over Free State and NWU-Pukke, are fifth on the log and Ewing said wins against Madibaz and University of Cape Town were non-negotiable if they wanted to finish in the top four.

“With Stellenbosch and Pretoria unbeaten, there is a bit of a queue between third and sixth place and it’s going to be interesting to see what happens in those results,” he said.

“A lot of us are playing each other this weekend so it’s going to come down to a knockout element in a number of games.

“I feel we have to beat Madibaz and UCT and then see what happens in the other matches.”

UJ, Wits and UCT all sit on six points at the moment, followed by NWU-Pukke and Free State on three points.

Although Madibaz had a tough weekend, losing all four games, Ewing said there would be no pushovers in their remaining fixtures.

“We know Madibaz will have learnt from the weekend. They have a fairly young team and we will definitely not be underestimating them.

“And UCT have looked very organised. Both teams have strengths they will tap into and we just have to make sure we are better than we were this weekend.”

The UJ mentor said there were a number of positives they would take into the next round of matches.

“There was a steady improvement from day one and even though we lost on Monday night, we played a pretty good game.

“Tactically we’ve been pretty accurate in terms of planning. We have a relatively young side and they have done the job that is required of them.”

He added that his message to the team would be to have greater accuracy on attack.

“Our goal-scoring was not what it should have been. As a side who like to play attacking hockey we will always create a number of chances.

“We attacked well but we haven’t been good enough in the opposition 25.

“If we can improve by five to 10% in that department, we are going to look like a different team.”

Ewing felt the team was not consistent enough throughout the 60 minutes last weekend.

“Our opponents played their big moments better than we did. We did lose to two good teams [UP-Tuks and Wits], but I think we could have done a little bit better.” 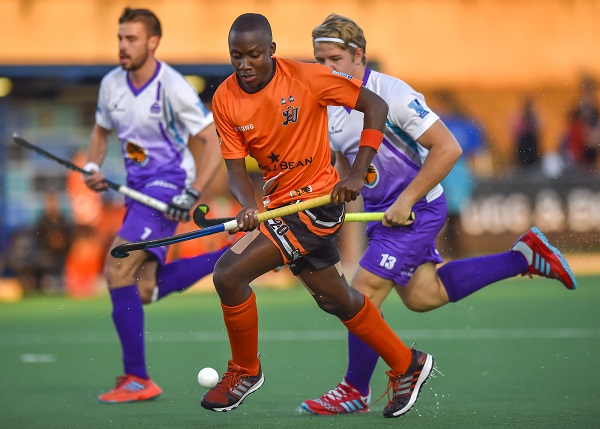