Port Elizabeth cyclist Anja Gerber ticked off one of her goals when she was selected for the junior national women’s road team that will be competing in races across Europe from the end of June.

The 17-year-old NMMU student, who was notified by Cycling South Africa last week, was earlier this year also included in the team for the UCI Junior Track Cycling World Championships that takes place in Switzerland in July.

Her dad Frans, who also coaches her, said that he was relieved when they got the news.

“She was sick and not in top form for the initial selection races.

“Luckily for us they held additional selection events, including the one in Pietermaritzburg where Anja took first and third places.”

He said he believed his daughter was the strongest junior in the country right now.

The two top girls from the European races will be selected for the UCI Road World Championships in Qatar in October.

“After the road races, I will stay on for the world track championships,” said the Bcomm student, who started cycling at the age of 10 under the guidance of her parents and sister, who is also a competitive cyclist.

“I come from a real cycling family,” said Gerber, who competes in the colours of the Bestmed-Shukuma Madibaz Cycling Club.

While it was difficult to balance her sport and studies, she said she managed to train every day.

“We normally ride for two to two-and-a-half hours in the mornings before classes or in the afternoons. We do longer rides on weekends.”

Besides eyeing to do well in a number of top races across the country upon her return, she also has her sights set on next year’s Cape Town Cycle Tour.

“I have lots of goals,” said Gerber. 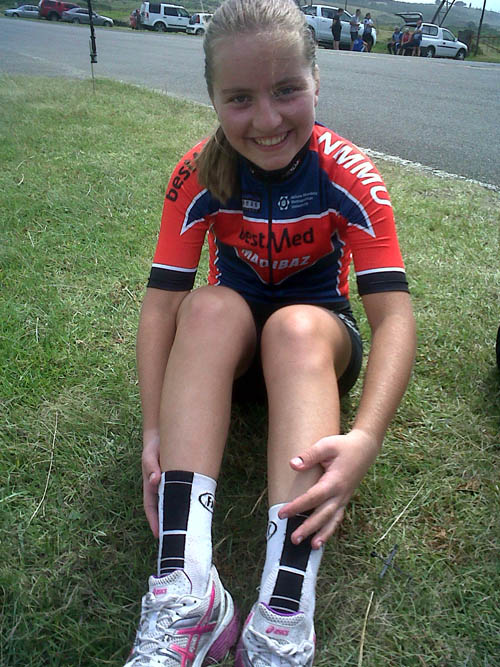