An East London couple have shown that lightning can strike more than once in a lifetime, winning two lucky draws at their local SPAR to take home two brand-new cars in the space of a year.

Richard Preston, 51, an auto mechanic who resides in Sunny Ridge, said that winning the first car in April last year was an amazing experience, and scoring the second one last month was “beyond awesome”.

“It was wonderful – it’s hard to explain the feeling,” said Preston. “It doesn’t happen to you very often.”

The Prestons, who have been married for 29 years, won both cars in in-store lucky draws as part of the national SPAR Win a Car competition. Last year’s prize was a Hyundai I10 and this year’s was a VW Up.

“We just entered the draw for the fun of it. We didn’t expect to win – certainly not twice,” said Preston.

To qualify for an entry, customers had to spend R150 or more. One finalist was selected at random every week for 12 weeks to go into the final draw.

“Richard made his own luck,” said SPAR Debi Lee manager Charl Joubert. “He had to choose a key from a bowl of 12 and his happened to be the one that started the VW.

“We were shocked at the couple’s good luck – it really was quite incredible.”

Preston said he and his wife were regular customers at the SPAR store in Rosemount and basically went there every night.

He said that these were the first big competitions they had won, not having had much of a run of luck before.

“We’ll enter the next one too, because why not?” 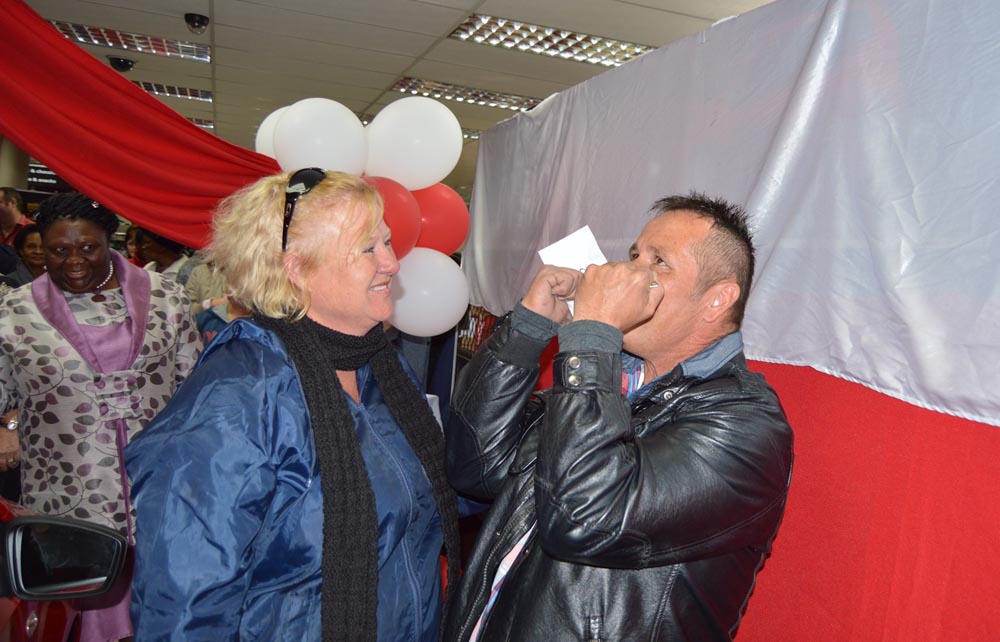 Wilma Preston (left) and her husband Richard were beyond ecstatic about winning two cars at SPAR Debi Lee in East London. Photo: Supplied