With another year’s experience under the belt, NMMU-Madibaz sevens coach Jandré Blom is hoping for a strong performance by his side in the Varsity Sevens rugby tournament in Cape Town this weekend.

He said they would again send a unit consisting of players from both the Port Elizabeth and George campuses to test themselves against the top university players in the country at the Villager Rugby Club from April 30 to May 2.

“It is the second year that we are sending a combined team and it is a process. But I think we are already a few steps ahead of where we were last year.

“We have six players who have played in the tournament previously and know how challenging it is.”

He said the coaches got together before the USSA sevens tournament in December and decided on a game plan that would suit all the players.

“So they are familiar with the structures and calls as all the coaches are speaking the same ‘language’.”

Blom said players at two campuses also had an advantage in that they could play practice matches against each other.

The unpredictable nature of sevens rugby levelled the playing field and any team could cause an upset, he warned.

“Managing the players over nine pool games and knock-out rounds is therefore a critical issue. Squad management to prevent overuse of players is a big challenge.”

Blom said there were no easy games, as was proved last year with smaller teams beating some of the top outfits.

Although the Madibaz have not won any silverware, they have been competitive in the past.

Last year they were among five teams who won six of their nine pool games, but lost out on a quarterfinal spot on points difference.

Kovsies edged two-time champions Maties in the final and they will be back to defend their title.

Blom rated them as a formidable unit, but also expected a strong challenge from the Western Cape sides who played in a league and had designated sevens teams.

“But sevens is a funny game as we saw with Kenya beating Fiji in the final of the IRB tournament in Singapore – so don’t write us off just yet.” 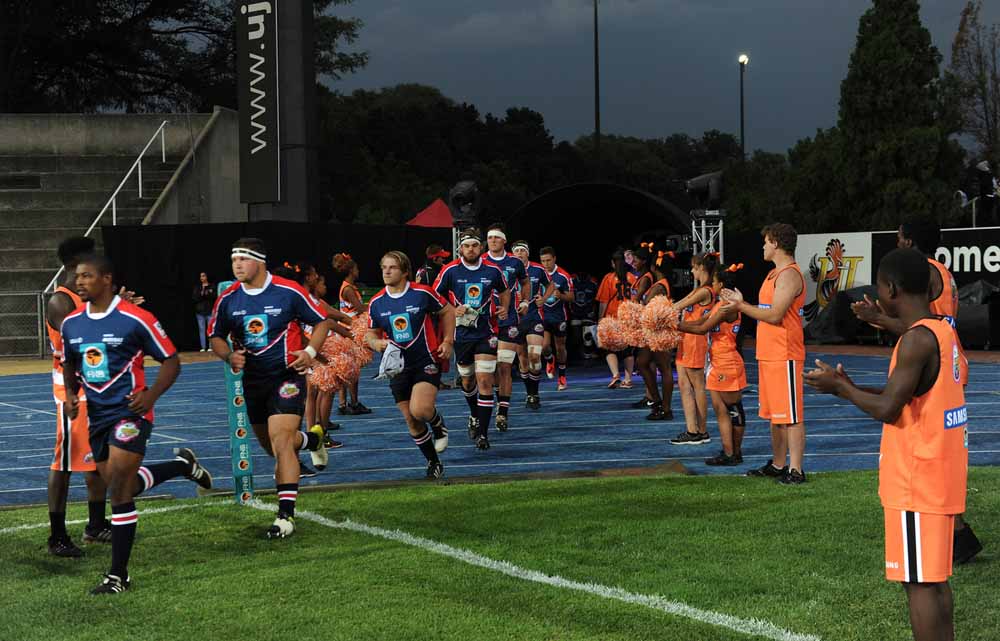 The NMMU-Madibaz are ready for the Varsity Sevens challenge in Cape Town this weekend. Photo: SASPA