Nico Bell and Gawie Combrinck took a major step towards sealing the Old Mutual joBerg2c title with another impressive display on the penultimate stage between Ixopo and Highflats in KwaZulu-Natal today.

After winning the previous stage, former front-runners Johann Rabie and HB Kruger, from Telkom, looked a beaten team when they finished in 3:53:29 (29:54:51).

“It is always a race to enter the single-track to the Umkomaas descent in front, but we opted to play it safe today,” said Bell, who is from Nelspruit.

“We didn’t want to take too many chances on the downhill and was happy for Telkom to lead the way.

“When we reached the valley, it was only them and us and they made the pace until the first waterpoint.”

On the steady climb out of the valley, Combrinck went to the front in an effort to put them under pressure and they saw that Kruger was struggling a bit.

“After that, on the single-track climb through the Bridges for Africa section, we upped the tempo and got a gap.

“And then on Push of a Climb we rode tempo to make up some more time – and simply played it safe from there.”

The 32-year-old said everyone seemed a bit sick due to the sustained effort and dust.

“I think HB, especially, is struggling with his chest. I think we’re now all just nursing ourselves to tomorrow’s finish.”

He said that if Telkom was still capable of winning, the Umkomaas stage was probably their last chance to take time back.

“The last day is fast and we’ll be focusing on staying safe and on course.

“We’ll have an eye on them, of course, but we don’t need to try and ride away. It is now all about the overall victory.”

They completed the stage to Jolivet farm in 4:09:04 (32:11:28) to displace long-time leaders Johan Labuschagne and Catherine Williamson.

The riders from The Bicycle Company-Bestmed had another below-par day when they finished fourth in 4:21:27 (32:16:09) due to mechanical and physical issues.

Lill, 33, said they knew it was important to be in front going down the Umkomaas and they fought hard to get in position.

“We were just off the back of the leading men, so we got to have a free run down there. I let Candice go in front so that she could ride her own speed.

“Once we go to the bottom, we kept it very steady as it is a long day. I knew I had to look after Candice because of all the climbing on the other side.”

After their performances on the previous stages, he said he was confident that they would be able to take the lead today.

“It was obviously the last big day of the joBerg2c and the day where the biggest gains or losses could be made.”

None of the other categories saw any changes in the overall standings.

The nine-day, 900km Old Mutual joBerg2c concludes at Scottburgh tomorrow after a final day of 84km. 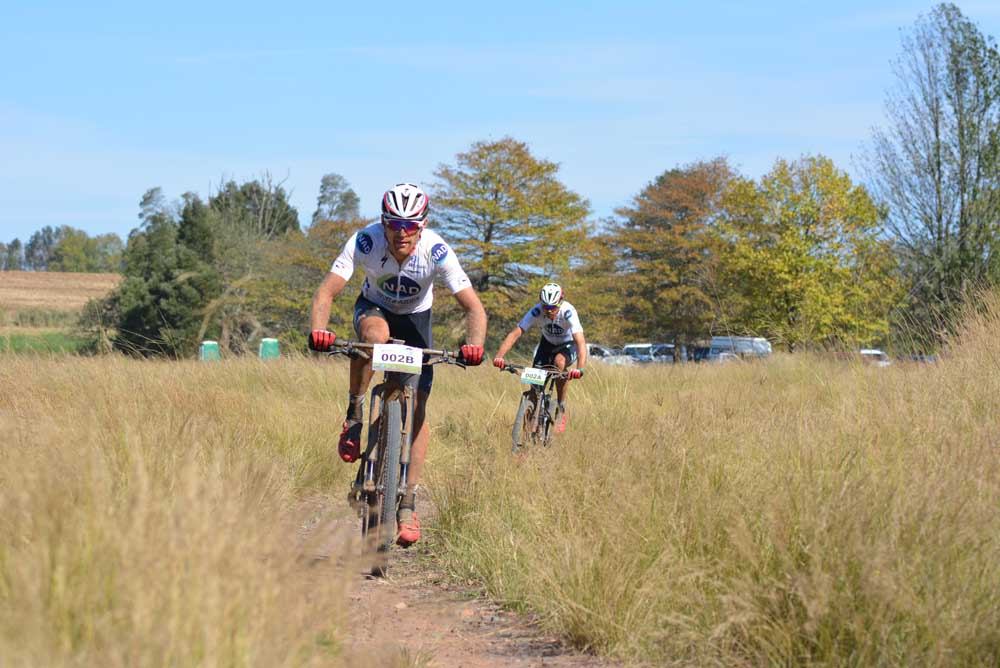