Nelson Mandela Metropolitan University ushered in a new era in sport with the opening of its state-of-the-art High Performance Complex in Port Elizabeth on Wednesday.

The R34-million complex provides services that have never before been available in the Eastern Cape and will be aimed at giving Madibaz sportsmen and women the edge when they compete in their various sporting codes.

Newly appointed Madibaz director of sport Yoliswa Lumka believes this complex will be instrumental in elevating NMMU to one of the top sporting universities in the country within a very short space of time.

“The benefits coming from the launch of the complex are truly immeasurable. The rest of the world lives by the impact scientific support lends to their performance, whereas South Africa is still behind in that regard,” said Lumka.

“Scientific support provides an edge to practical performance. The ability to separate and analyse movement patterns for example, in different sport actions, can move an athlete from a second place finish to a gold medal.

“The ability to conduct research on these sport specific aspects is an advantage to NMMU and Madibaz Sport, and will definitely give the university a sporting edge.”

The new building will house various services and experts, including biokineticists, dieticians and the ability to conduct body fat, perceptual-motor function and various other physical evaluations.

Biomechanical evaluation includes 3D motion analysis; looking at an athlete’s movement and helping them eliminate movement deficiencies and other imbalances.

However, the crown jewel of the new building is the country’s only 90m fully enclosed tartan track, kitted out with advanced research systems.

Under the watchful eye of Prof. Rosa du Randt, head of NMMU’s School of Lifestyle Sciences, the complex will implement these new facilities to push athletes to greater heights.

While Du Randt concedes that other universities around the country have been running similar centres for longer, each with its own niche, the NMMU High Performance Complex will provide the best possible assistance for track athletes and other running based sports.

“We have a facility that can provide high-level support to track sprinters and all sports that require speed development. We are also focusing on NMMU’s six priority sporting codes to assist them in reaching their highest potential.

“We have also noticed that there is a need to focus on women’s sport and we are hoping to secure funding to expand our facilities and expertise to fill this gap in the near future.”

The Madibaz’s six priority sports are athletics, rugby, cricket, football, netball and hockey, which will become the focal point of improved performance at the university.

Aside from the new building, NMMU’s existing sporting facilities include a 10 000-seater stadium for rugby, football and athletics, a 4 500-seater multi-purpose indoor sport centre, 12 tennis courts and the recently expanded fitness and aquatics centre with two heated pools and six squash courts. A new astroturf hockey field is scheduled for completion soon.

Along with these facilities the complex also has access to a number of experts and sports physicians from across the world, specialising in sport science, coaching, biomechanics and movement of sprinting, and a range of other disciplines.

Du Randt believes the new complex can act as an “enabler” – assisting sporting federations in identifying, developing and monitoring talented young athletes. In essence, it will help NMMU sportsmen and women to rise through the ranks and compete at provincial, national and international level.

Lumka added that this process is already being facilitated through close relationships with local federations.

“We believe this complex will play an instrumental role in improving all our sport and elevate us to our goal of becoming one of the top three sporting universities within the next few seasons,” said Lumka. 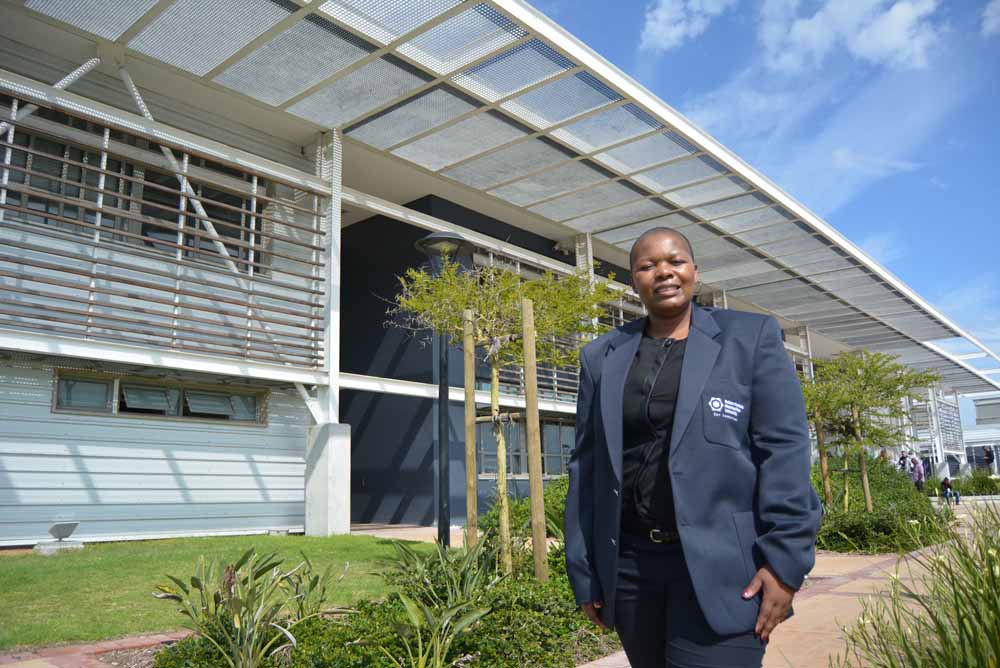