The Vodacom NMMU Madibaz stamped their authority on this year’s Port Elizabeth Football Association league as the university swept to victory in the premier and premier reserve divisions on Saturday.

The premier side took a dominant 6-1 win over Forresters in their final Pefa game to set the seal on their overall triumph in the competition.

The Madibaz went into the match with success assured, as they were already ahead of nearest rivals Callies – who had completed their fixtures – on goal difference.

Despite having the title in the bag, the students came out all guns blazing and displayed the kind of attacking football that had become their signature throughout the season.

Lukhanyo Rasmeni, who turned out for both Madibaz sides, was the standout player – scoring a hat trick of goals in each match.

Madibaz football manager Mark Tommy said the university was immensely proud of both teams and that their hard work had been rewarded with success.

Tommy said the double victory was the result of a magnificent effort by all his players, who had to juggle their academic commitments with a jam-packed football calendar.

“Reflecting back on the season (Pefa league and cup, Ussa league and Varsity Football), one just has to look at the number of games they played to appreciate what the boys have achieved.”

He said winning the league had been a culmination of hard work and consistent form throughout the season.

“Our expectations were always high and our approach to this season was to go out and win as many competitions as we could.

“Going on to win the Pefa league after falling short of the Varsity Football semi-finals by a mere point is testimony to our continued commitment to do well.”

Tommy said the Madibaz would take a well-deserved break during October and then start their preparations for the Ussa championships, which take place in Durban in early December.

“This is extremely important as the team needs to finish in the top eight to qualify for next year’s Varsity Football competition.” 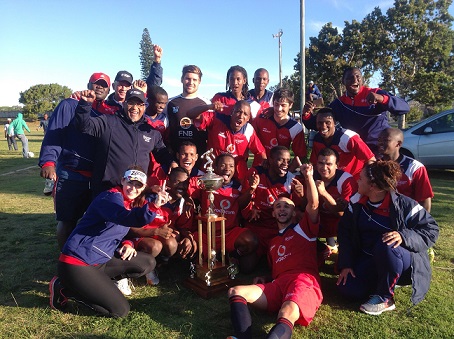