Day two saw the winners finish the 93-kilometre stretch between Frankfort and Reitz in a time of 3:10:01, just three seconds ahead of the Knox-Niyonshuti pairing.

Early leaders Brandon Stewart and Darren Lill of Fedgroup Berg and Bush completed the podium in 3:10:13.

Despite a technical problem halfway into the stage, MacDonald and Woolcock made the most of the relatively flat conditions on the day. “My chain slipped off at a time when Brandon and Darren really put the gas on,” said MacDonald.

Instead of chasing, MacDonald said he and his team-mate decided to hold a steady pace alongside Knox and Niyonshuti, conserving their energy for a final push that saw all four riders catch up with the leaders on the last 10 kilometres of single track.

“We had the legs at the finish,” said MacDonald, who rode last year’s 900-kilometre inaugural event between Heidelberg in Gauteng and Scottburgh in KwaZulu-Natal with Nic White. On that occasion, his challenge was scuppered when White crashed and broke his leg on day one.

MacDonald said he and new team-mate Woolcock would “take it as it comes”, since mountain biking was such an unpredictable sport. “Nine days is a long way – anything can happen.”

Stopforth echoed his sentiments, saying that if they were feeling good they would continue to “go hard every day” in order to try and bank as much time as possible. “You never know when something could go wrong and you lose a lot of time.”

Sunday’s third stage is from Reitz to Sterkfontein Dam over a distance of 125 kilometres. 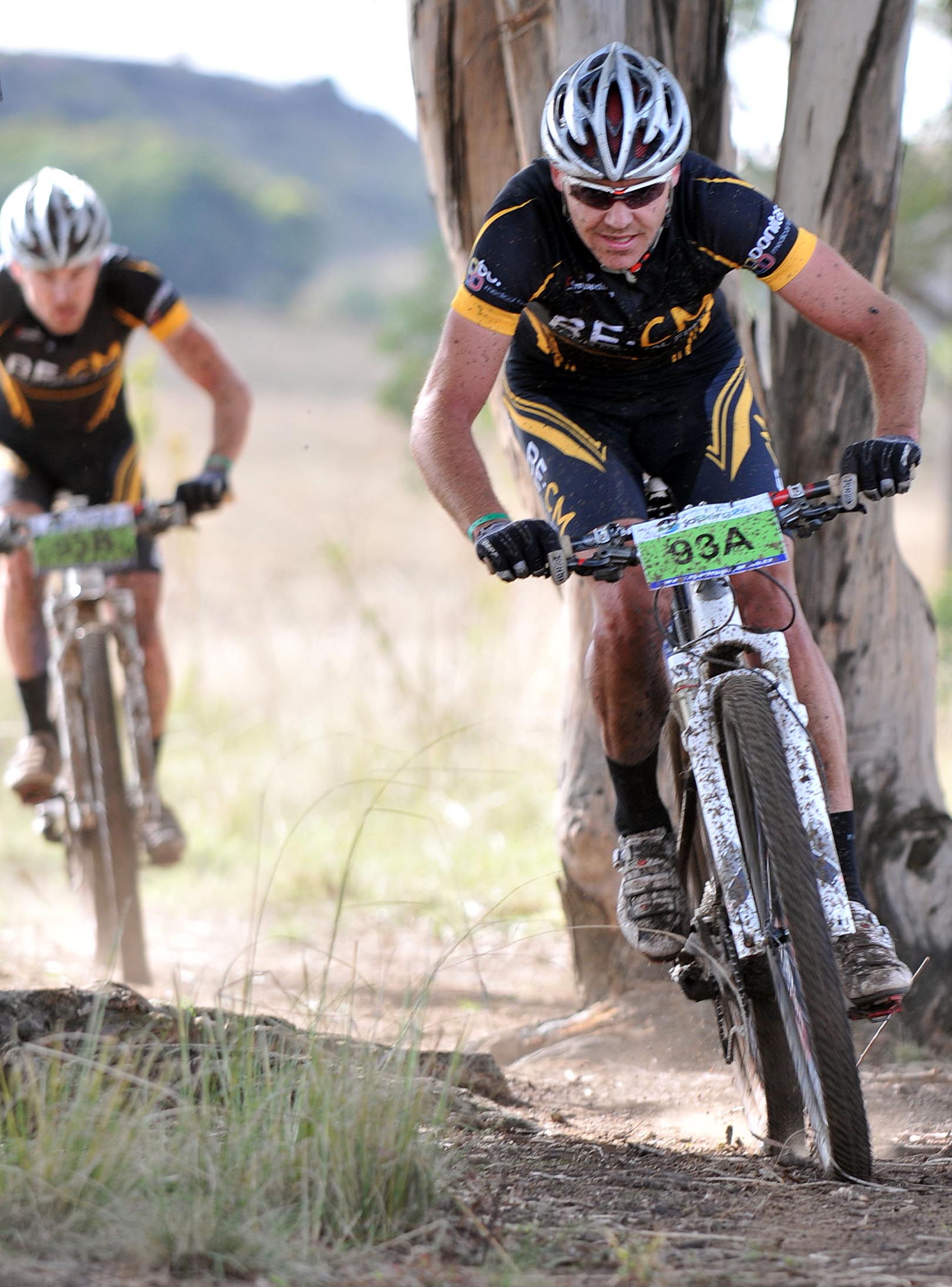